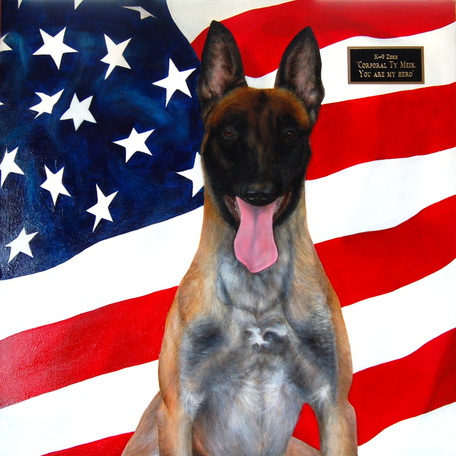 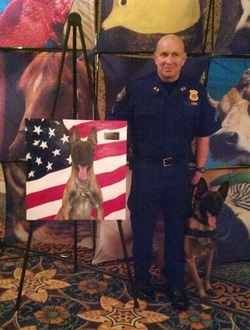 This is K-9 Zeke, the final reason that drove me to create The K9 Hero Portrait Project.  On March 15th, 2013, K-9 Zeke was shot while apprehending a suspect.  His jugular had been damaged and he was air-lifted to the Rossmoyne Animal Emergency & Trauma Center in Mechanisburg, PA. There, Dr. Mark Meyerhoff, DVM stabilized Zeke and performed emergency repair surgery to save Zeke's life.   Zeke's bullet wound revealed that his jugular had been nicked but Dr. Meyerhoff performed the successful surgery that got Zeke back on his feet and back on duty within weeks.

Zeke has helped police recover drugs, drug money, firearms and has assisted on more than 45 arrests. Among many of Zeke's awards, the AKC proudly presented Zeke with their Award for Canine Excellence (ACE) In December of 2013 in Orlando, Florida.


In August, Zeke was also awarded the PVMA Wodan Animal Hero Award.  During the awards ceremony held at the PA Veterinary Associations Hall of Fame dinner, Cpl. Ty Meik was presented with Zeke's Wodan award, but was also surprised with the presentation of Zeke's K9 Hero portrait by The K9 Hero Portrait Project, arranged by the owner of Rossmoyne Animal Emergency & Trauma Center, Sabrena Meyerhoff.  It was my great honor to have met both families that evening, including Zeke who quickly planted himself at my feet during the dinner commentary and in my lap after the awards ceremony - as if he'd known me for years.


On May 16th, 2014, Zeke and Cpl. Ty Meik were featured on the new television show "Saving Private K9" on the Sportsman Channel starring "The Gunney" R. Lee Ermey!

K9 Zeke has several items in the Etsy store offered for sale.  Please browse the store and see items for other K9 (and equine!), heroes we have.  All proceeds help cover the costs of future portraits and fundraising endeavors The K9 Hero Portrait does for soldiers, handlers, and the adoptive families of K9 Heroes.   https://www.etsy.com/shop/K9HeroPortraitProjec

Would you help The K9 Hero Portrait Project spread the word about this amazing hero?  You can copy this qr code and either send it to friends and family, or send in an email to yourself and print and display at your office or school (please ask the school or office manager, etc for permission first).  This code is specific to K9 Zeke 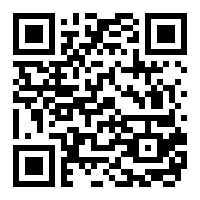