Founding Members and Board 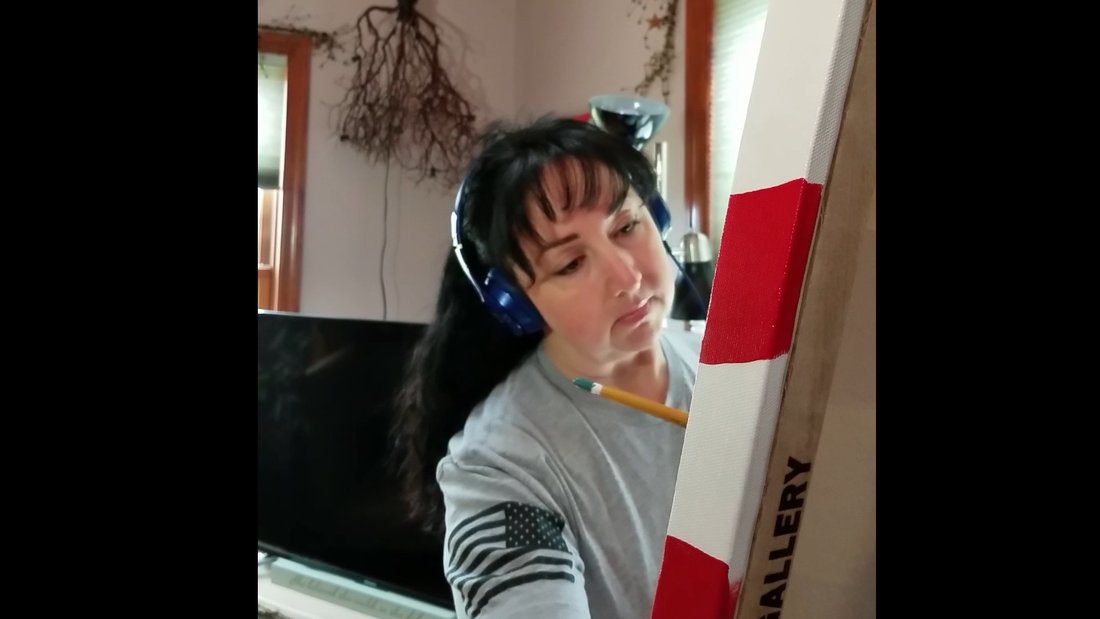 Loreen Gibbs - The artist and founder of the K9HPP

Artist Loreen Gibbs (previously Pantaleone), began her painting career over fifteen years ago while living in Bucks County, Pennsylvania.
Self-taught in multiple art medias, Loreen quickly became known as “the artist who captures the animal’s spirit in her work”. By the end of 2003, Loreen had painted over 1000 commissioned portraits of animals. One of her earlier pieces was a great horned owl on a piece of salvaged copper from the rubble of one of the buildings from 9/11. The request was in honor of one of the recipient’s friends who was lost that day, and the great horned owl was the company club's mascot, of which the gentleman was a member.
In early 2013, Loreen created The K9 Hero Portrait Project after viewing several images on social networking pages of grief-stricken handlers that had either witnessed the injury or death of their K9 partner. Those images proved to Loreen that not all handlers treat their K9 partners as “equipment”, they treat them as FAMILY. Within 24 hours of announcing this new program nominations began pouring in. The first nominations came from U.S. soldiers still serving with their K9 partners in the Middle East.
Loreen now focuses her time exclusively creating and donating these large life-like portraits to the soldiers, handlers and families of K9 Heroes to show her support of the men and women and canines who selflessly serve our country. 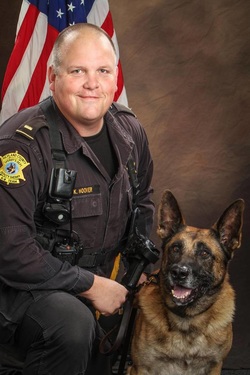 Lt. Kevin Hoover (RCSD) - Executive Board
In early 2014, the K9 Hero Portrait Project was contacted regarding a Sheriff's department K9 who had been killed in action in 2011 (K9 Fargo).  With the help of contacts at the Richland County Sheriff's Department and senior officer Lt. Kevin Hoover, the K9HPP presented the portrait of K9 Fargo to Deputy Warren Cavanaugh of the RCSD.
In early 2015, Lt. Kevin Hoover was invited to join the Executive Board of the K9HPP after we witnessed Lt. Hoover's consistent dedication and loyalty to his team and community.  Lt. Hoover also is a K9 handler with his Slovakian bred Belgian Malinois, K9 Arko.  Lt. Hoover and K9 Arko spend their little spare time visiting schools and community events educating the citizens on the full potential and benefits of the RCSD K9 teams.
Richland County has one of the most respected and successful K9 units in the state of South Carolina and is headed by Lt. Hoover.
​On March 17th, 2016, Lt. Hoover was awarded the Certificate of Appreciation by the Governor of South Carolina for his decades of serving the community and the state.
It was with great pleasure to invite Lt. Kevin Hoover to be on our board of directors since his passion for community service, security and well being of Richland County's citizens can't be beat. 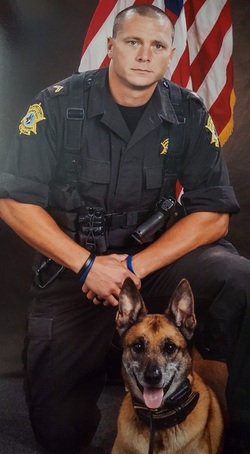 Corporal Warren Cavanagh (RCSD) - Executive Board
Corporal Cavanagh is the recipient of K9 Fargo's portrait and has been involved in The K9 Hero Portrait Project since his surprise presentation in April of 2014.
Cavanagh joined the Richland County Sheriff's Department in 2006 from the office of Inspector General with the State of South Carolina DJJ. He has been in Law Enforcement since 2002 and began handling K9s in late 2004.
In February of 2015, Cavanagh was instrumental in helping another officer receive a tribute portrait - SSgt. Ryan Stark - K9 Kye, with the Oklahoma City Police Department.  After spending almost a year planning and organizing with us, Cavanagh, his wife Anna and Loreen, our artist, flew to Oklahoma City to do a surprise presentation of K9 Kye's portrait.  Cavanagh had been Stark's critical incident mentor through the SCLEAP Program.
In March of 2016, Warren Cavanagh and his wife, Anna,  joined The K9 Hero Portrait Project at the 2016 Police K9 Magazine Conference & Vendor show to support our program and be the "voice" as one of the recipients of our paintings.  His, Anna's, and Lt. Hoover's presence at the conference made the difference between being looked over by K9 handlers who didn't know or understand our program, to being heard, seen and clearly take in the meaning behind having one of these tribute portraits.  As a supporting member of the South Carolina Law Enforcement Assistance Program (SCLEAP), Cavanagh experienced and understands the loss of a partner and family member and helps bring home the meaning behind these portraits.
It was with great honor that Cpl. Warren Cavanagh wanted to join our board. 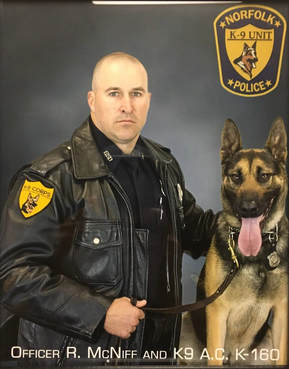 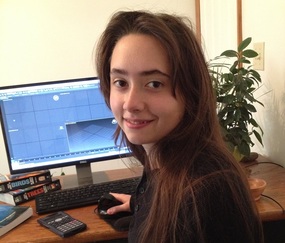 If you have purchased one of our prints, mugs, t-shirts or other items with the K9 hero images, you can thank our in-house digital artist, Anais Pantaleone.  Anais has been helping with the project since the early stages and is crucial in getting the best images for our products and canvas reproductions.  Yes, Anais is family and her creative abilities have been passed down to her.  She graduated high school this year with honors classes and a GPA of 4.0.  In between helping the K9HPP, Anais has had a part-time career creating game characters and environment modules for a gaming company in Edinburg, Scotland.  Her abilities were recognized by the game company when she was only 15 years old and has consistently exceeded their expectations.  She uses professional AUTOCAD software to help create and animate the models, but also knows how to "code" games. Her interests include skiing, paragliding (she received her P2 pilots license at 15 years old), utilizing physics and math in daily activities and loves nature.  Luckily for The K9 Hero Portrait Project, we can utilize her incredible talent, at least for now.
If you are interested in volunteering or joining our board, please Contact Us with your experience in working K9 related programs, non-profits and or fundraising.