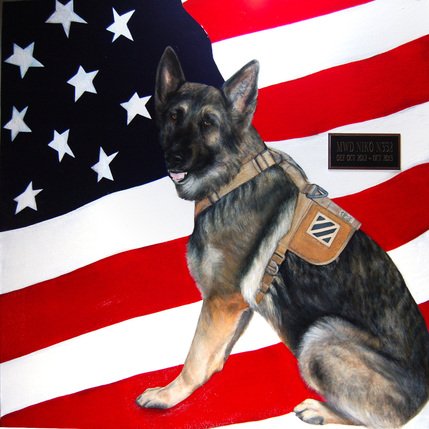 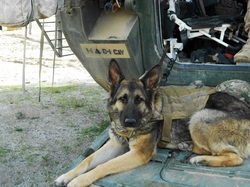 Born 7 December 2007, MWD Niko N352 has the personality every dog lover would love to see.  After completing his training in patrol and explosives at Lackland Air Force Base, MWD Niko had the privilege of moving to Stuttgart, Germany.


In 2012, MWD Niko began his third deployment, with his third handler.  Niko and his handler, SFC Caravona returned home to Germany on 5 October 2013.  MWD Niko had conducted sweeps for the President of the United States, the Secretary of State, and other VIPs.


MWD Niko N352 was one of the "Original Five" from the beginning of the K9 Hero Portrait Project and I was honored to paint his portrait with my fingers crossed, hoping for a safe return home for both he and his handler.  That hope was fulfilled when they both returned home on my birthday!


SFC Caravona had contacted me on March 20, 2013 with his nomination for Niko.  This was the first time when I had the realization of who I was painting for.  Since SFC Caravona and MWD Niko were deployed, their internet out in Afghanistan would not cooperate with us during our initial communications and photo submissions.  We wanted to add an additional patch to MWD Niko's vest that was not in the original photos.  The internet cooperated and the patch was included in the portrait.

MWD Niko has several items in the Etsy store offered for sale.  Please browse the store and see items for other K9 (and equine!), heroes we have.  All proceeds help cover the costs of future portraits and fundraising endeavors The K9 Hero Portrait does for soldiers, handlers, and the adoptive families of K9 Heroes.   https://www.etsy.com/shop/K9HeroPortraitProjec

Would you help The K9 Hero Portrait Project spread the word about this amazing hero?  You can copy this qr code and either send it to friends and family, or send in an email to yourself and print and display at your office or school (please ask the school or office manager, etc for permission first).  This code is specific to MWD Niko 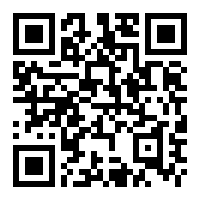