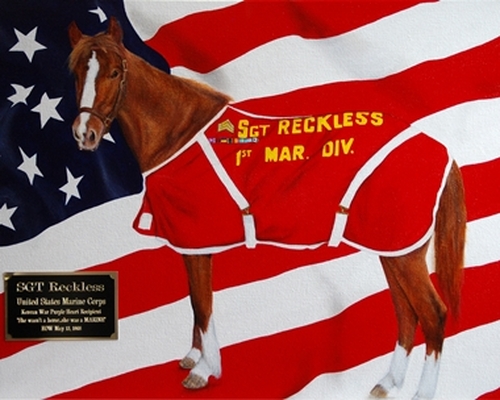 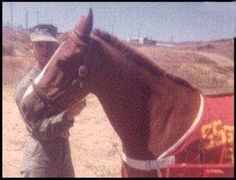 No one's quite sure of the pure lineage of the only horse to receive a military rank in the United States Marine Corps, but most will agree that Sgt. Reckless was of Mongolian or Thoroughbred decent.  She was purchased in 1952 from a Korean young man who was racing Reckless, then known as Ah-Chim-Hai, or "Flame of the Morning", for $250 US dollars.

Reckless was trained to be a pack animal with the Recoilless Rifle Platoon Anti-Tank Company, ﻿5th Marine Regiment﻿, 1st Marine Division but quickly became the camp mascot and earned the respect of all Marines.  Reckless was known to memorize treacherous paths without accompaniment to deliver ammunition and supplies as well as bring back the wounded to base camp. In 1953, at one of the most memorable battles (Vegas Hill) in one single day it was recorded that Reckless made 51 round trips to deliver supplies to the front lines.


Wounded twice in combat and receiving the purple heart, Reckless became known as "America's War Horse".  When she retired, she was brought back to the United States via a private freight liner owned by Pacific Freight Lines on the SS Pacific Transport.  Reckless landed on American soil on the birthday of the United States Marine Corps on November 10, 1954.


This bio is quite brief with what Reckless had achieved.  When The K9 Hero Portrait Project painted this portrait of Sgt. Reckless, Loreen became friends with author Robin Hutton who has just coincidentally just released her book: "Sgt. Reckless:  America's War Horse".  I have read the book and found that this is the most in-depth collection of accounts of historical matter with testimony from multiple personnel who dealt with Reckless.  I recommend anyone who has any interest in this amazing horse to purchase the book if you haven't already done so.


In early November, a full size gallery wrapped canvas giclee print that was hand-accentuated was given to Alex Novak, the publisher of Robin's book as a gift.  The print now hangs proudly in their Washington, D.C. office at the publishing company.


Sgt. Reckless has several items in the Etsy store offered for sale.  Please browse the store and see items for other K9 (and equine!), heroes we have.  All proceeds help cover the costs of future portraits and fundraising endeavors The K9 Hero Portrait does for soldiers, handlers, and the adoptive families of K9 Heroes.   https://www.etsy.com/shop/K9HeroPortraitProjec

Would you help The K9 Hero Portrait Project spread the word about this amazing hero?  You can copy this qr code and either send it to friends and family, or send in an email to yourself and print and display at your office or school (please ask the school or office manager, etc for permission first).  This code is specific to Sgt. Reckless 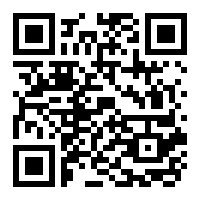